This is the Om symbol.  It is often used as the sign of Hindusim.  "Om" is also a sacred sound which is said at the beginning and end of many prayers.   Om is believed to be the sign and sound of creation and of the whole Universe. 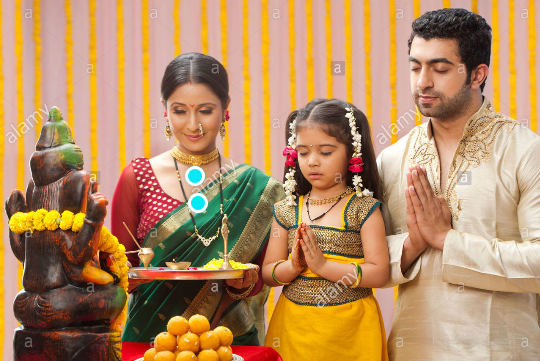 To be a good Hindu people live in the way that God wants them to.  Hindus try to spend time saying prayers.

Hindus believe that it is important to love and obey their elders. When Hindus meet they often touch their feet to show respect. Hindu children are taught to be polite to their parents and grandparents. 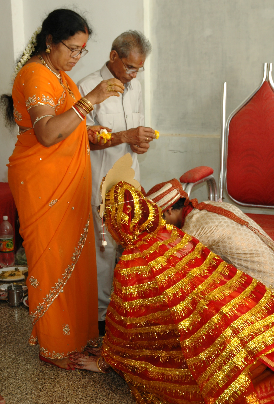 Before Hindus eat their meal they offer some of their food to God.  Many Hindus are vegetarians which means they don't eat meat.  Hindus believe it is wrong to kill or harm living things.

Hindus believe that it is important to work hard, whether this means in a factory or in an office or in the fields or at school!

Hinduism is one of the world's oldest religions.  It is at least 5000 years old.  Most Hindus live in India and other Asian countries, like Nepal and Indonesia.  But there are also a lot of Hindus in Europe, North America and Africa.

Hindus believe in four main deities (Deities are a form of God, or a particular god or goddess) 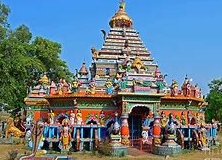 Many Hindus worship in places called mandirs.  The English word for mandir is "temple".  There are thousands of mandirs all over India.

In Bali colourful dances and puppet shows are used to tell sacred stories.

What is Hindusim? Follow the Powerpoint to help you understand more about the Hindu religion.